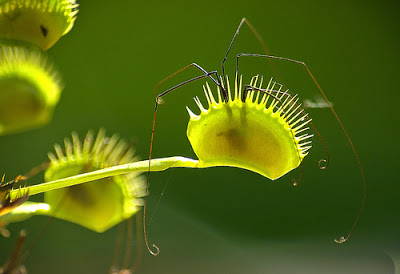 Happy Halloween!
Everything Grows does not generally place these spooky carnivorous plants into service, but they are certainly neat to see.  We do have a resident Pitcher Plant (see below) named Audrey in our nursery/warehouse.
Venus Flytrap

This plant lures
in it’s prey, then SNAP. In less than a second it traps and starts to
digest. How’s that for spooky! The Venus Flytrap is a fascinating
carnivorous plant. Because it grows in soils that are poor in nutrients,
it traps a variety of insects and even tiny frogs and digests them for
the nutrients it isn’t getting from the soil. Each trap is only used 4
to 6 times then it withers, browns, and falls off. 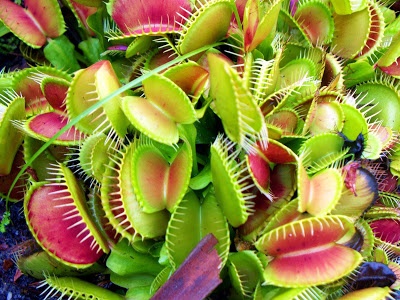 Once something is
trapped, the digestion period starts which can last up to 10 days. If
by chance it traps something other than an insect, it will spit it back
out within 12 hours. The Venus Flytrap is a perennial plant which means
it blooms year after year. It is estimated the plant can live for up to
20 years, however it is vulnerable. It is threatened by over-collection,
habitat destruction, and fire suppression. 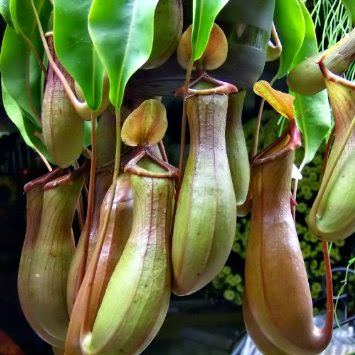 This plant uses
sweetness to entice it’s prey and although it looks less intimidating
than the Venus Flytrap, don’t let that fool you! It produces a sweet
smelling nectar which invites unsuspecting passer-bys. During inspection
of the plant they realize there is sweet, juicy nectar inside the
tubular leaves. Yummy….oops, they have fallen in. Unable to climb back
out it succumbs to it’s fate and is slowly dissolved by the chemicals
in the same juicy nectar that it once tried to drink. 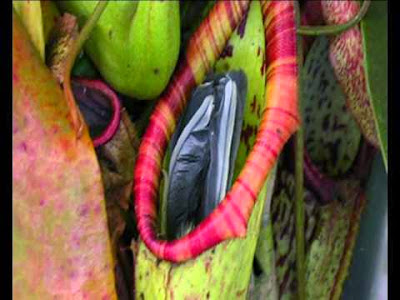 There are many
species of Pitcher Plants all around the world. Some are hanging, which
usually attract insects and some are grown from the ground. These can
lure in insects as well as small birds, snakes, lizards and mice. 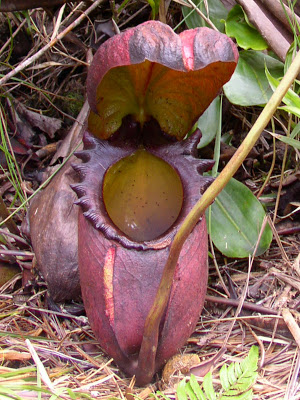 The largest
species of the Pitcher Plant, Nepenthes rajah, is used as a toilet by
small tree shrews and rats! They sit on the edge and eat the outside of
the plant while doing their business on the inside. There certainly is a
similarity. Spooky or just plain weird?

Would like to have some spooktacular plants for your workspace?   Contact Everything Grows today to have one of our
in-house designers visit your office for a complimentary consultation
and design proposal to help make your space come alive with plants!